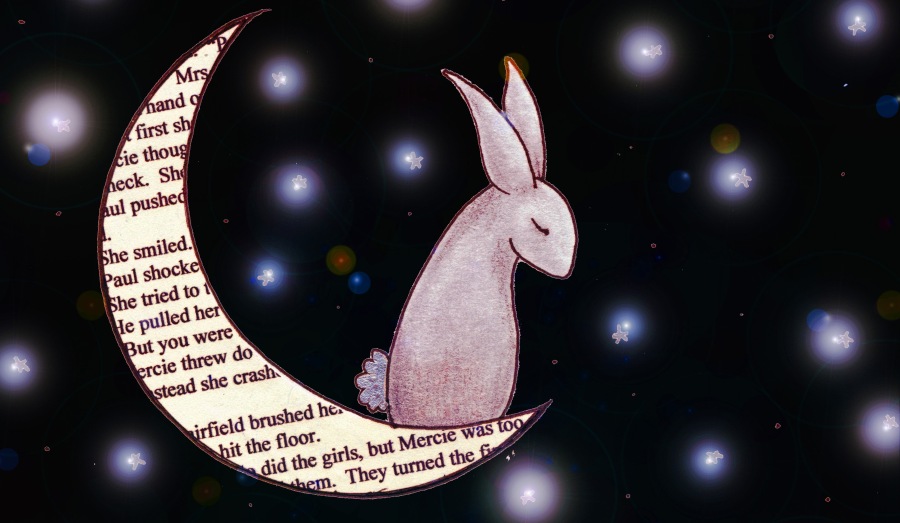 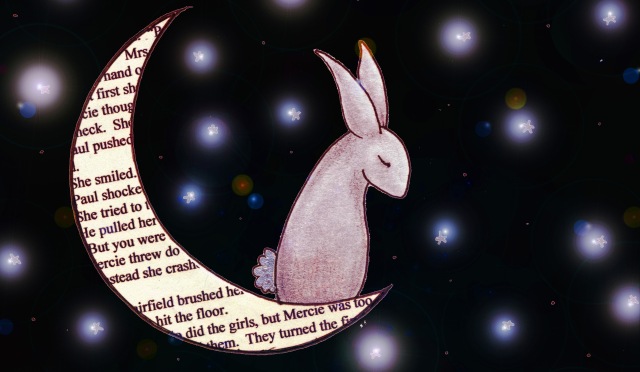 Bunny is fun to say, but a more accurate word might be rabbit. But either way, I have stories.

When I was about 8, one of my aunts on my father’s side (I had six!) sent me a book about Peter Rabbit. I loved that story and still have it.

Of course, there’s the Easter bunny. When I was much younger, my mom used to take time to decorate eggs. I wish I had pictures, but she’d had paint tiny flowers on those eggs. They looked magical to me and helped me believe in the Easter bunny.

There’s the rabbit that Alice follows into Wonderland. I loved that story, its weirdness and nonsensical rhymes. A rabbit with a pocket watch was amazing! I’d have run after too. And I’d sit down to tea with the March Hare in a heartbeat.

Other famous rabbits include Bugs Bunny and Thumper. They were not especially dear to me, but they were certainly part of my childhood, along with the Velveteen rabbit and the ferocious rabbit of Monty Python fame. Oh, and Rabbit in the Hundred Acre Woods. He was annoying as he could be, but he meant well.

At 12, I read Watership Down. I read it two more times that year. I fell hard for Hazel and Fiver and Bigwig. I’ve read the novel at least ten times and will definitely read it again. Of all the fictional rabbits, I love them best and forever.

Also at around 12, a classmate of mine went out one night to check on her pet rabbits. She didn’t come back, and her body was found early in the morning. It always stayed with me, her violent death, and that she’d simply gone into her own back yard to take care of her rabbits.

A short time after that I found wild baby rabbits in our yard. A feral cat had killed their mother, and so I scooped them up to try to save them. This was long before the Internet, so all I knew about rabbits was what I’d seen in cartoons. They eat carrots and greens. Watership Down taught me a lot about rabbit life, but not on how to save one. So, I learned that baby wild bunnies do not do well in a box in a closet given a coaster of water and shredded iceberg lettuce.

I’d kept the rabbits a secret from my dad for some reason, and so when they escaped their cardboard prison, I couldn’t tell him. I had to look without appearing to look. I found two dead, but one more still wandered in the house somewhere. The little bunny was nowhere. I gave up and sat in front of the TV like any child of the early 80s. My mind was the rabbit, but I didn’t know what else to do.

A while later, my dad came into the room. “Mahta,” he said. (My dad is from New England and has yet to pronounce my name correctly.) “Why’s there a dead rabbit in my room?”

Indeed. Now, keep in mind that we lived in the boondocks, and things had been known to get inside the house from time to time–mostly giant spiders, frogs, lizards, and on occasion a rat or a snake. So, I looked up form the TV and said, “I dunno know, Dad. But you know how you leave the backdoor open sometimes. Maybe it came in that way.”

My dad looked at me. “Okay, Mahta. Just go take care of it.”

I didn’t argue. I found a shoebox and gave all the baby rabbits a proper burial. My dad never asked me anything about them.

About ten years ago or so, I was sitting at my art table and I noticed that some random lines drawn on the wood looked like a rabbit. Since it was my art table, I was always going over the edge of the paper or otherwise marking up the surface. It was just chance that made these lines remind me of a rabbit. But seeing them gave me the idea to actually draw my own rabbits. And every rabbit I’ve drawn ever since has essentially been those same three lines with a couple more lines added.

So, why do I draw rabbits? Because they’re adorable, of course, but also because they’ve also been there. They hold memories. I love them.