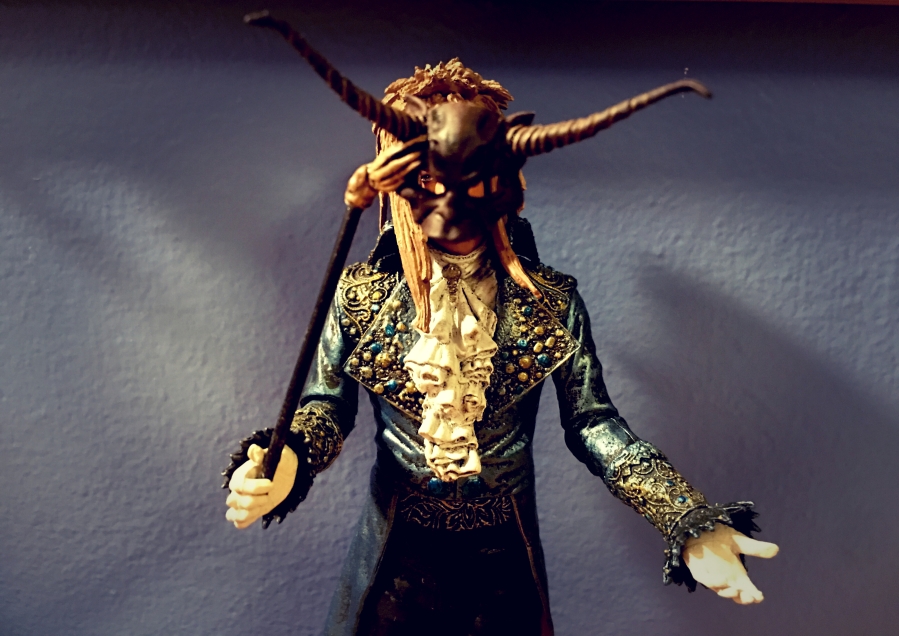 In England a group of schoolgirls whispered, huddled over their mostly untouched lunches. No one ate, except of course for Billie, who could never resist french fries under any circumstances, and she nibbled each fry slowly with dramatic meaningful pauses.

Mr. Drumlins took note of the girls. He was old, near retirement, and suffered from hearing loss anytime something interesting was afoot.

The girl in question startled, and did as she was told. She stood in front of the teacher. “Sir?”

“What are you girls on about? There’s no need for whispering. Whispering girls are a pack of trouble.”

“What are you girls on about?”

“Oh.” She paused and glance back at her coconspirators. Billie took a particularly hard bite of another french fry. “We’re working out a plan, Sir. To save David Bowie.”

The teacher frowned. “Save who?”

“Good gravy, girl. What’s wrong with him?” the teacher barked.

“He’s dead, Sir,” she replied, the edge of eye beginning to glisten.

And Mr. Drumlins stared at the girl. “Dead? There’s a student dead?”

One of the girls giggled, but the others rolled their eyes. O’Connor smiled at Mr. Drumlins as she’d seen many adults smile at children they were about to patronize. “Don’t worry, Sir. We’re going to save him. And then we’ll save the world.”

Students hurried to their next class. A few teachers lingered in the teachers’ lounge, holding tightly to cups of tea or looking for some misplaced paper or book. Mr. Drumlins didn’t have much to add to the conversation taking place.

The other teachers lamented more celebrity deaths that had eked in at the end of the year, iconic actresses, mother and daughter. Mr. Drumlins hadn’t known much about the younger one, space adventures never really catching his attention. But the older one he’d gone to see when he was younger than his students. His mother had been mad for musicals. He smiled at the memories.

But they needed to head to their classes. Mr. Drumlins was the last one out of the lounge. The other teachers didn’t wish him a good afternoon or otherwise acknowledge him. He was used to it. They were all so much younger than him and talked about things he didn’t follow.

A clicking sound came from around the corner. He paused. He was meant to go the other way, but the sound was out of place for that time of time when students should’ve been in their classes.

Taking a few steps to where the corridors intersected, he looked around the corner. The girl from the cafeteria, O’Connor, stood at the broom closet door. What was the fool girl doing?

Mr. Drumlins was about to step around the corner and call out at her. She had no call to be mucking about in the halls. But she quite quickly stepped into the closet and shut the door behind her.

This was nonsense. Mr. Drumlins marched down the corridor to the closet. He couldn’t remember O’Connor having a romantic interest of any kind, but what other reason would she have for sneaking into a broom closet other than to kiss someone? For a split second, Mr. Drumlins almost smiled. No. It wouldn’t do to have this kind of behavior.

He swung open the door, prepared to shout and scold. He blinked. The broom closet didn’t contain lovesick teenagers. It contain no one at all. Damn and blast. The girl was either sly or he was imagining things. Well, this was a waste of time. He had a class to teach.

By the time the day ended, he’d forgotten about O’Connor thought the sense of something amiss hung over him the rest of the day. He went to bed early but had trouble falling asleep. And when he slept, he had strange dreams.

Mr. Drumlins overslept. He squinted in the sunlight streaming in through his bedroom window. His dream lingered a moment, something about a missing student and a search through the moor not far from the school doors. He rubbed his templed and the dream faded entirely.

His paper waited for him on the kitchen table. A half pot of coffee remained and cold toast. The effort of Patrick to have breakfast waiting made him regret sleeping late. You should always say goodbye to a loved one before they leave the house.

Unfolding the paper, he skimmed the headlines. He felt antiquated, sitting in his pajamas, eating toast he hadn’t made, and reading news on paper that left ink on his fingers. But he smiled, content.

The world was humming along well this year. He was glad that separation nonsense was behind them. And America had finally elected a woman. Took them long enough.

He turned a page. A full page ad greeted him. A concert was coming. He remembered overhearing some girls in the cafeteria talking about it. Funny the teens liked a singer 70-years old. He’d never been one for rock stars, but now looking at the picture, streaked in sunlight from the kitchen window, the fellow was striking.

What was the singer’s name? He glanced at the bold print across the page. Bowie. Singing May 1, 2017. A Monday. The students really shouldn’t be going to concerts on a school night.

Mr. Drumlins poured a drop more cream into his coffee and stirred. The eyes of the star gazed out at him from the grainy black and white newspaper ad. What the hell? Maybe he’d get tickets too and discover what the fuss was about. What had the girl said? What was her name?Connor? O’Connor. “Bowie holds the world together,” she’d said.

O’Connor wasn’t known for being a foolish young person. She was determined and smart. Very good in physics.

He laughed to himself. Teenage girls, even those who understood the speed of light, were such romantics.