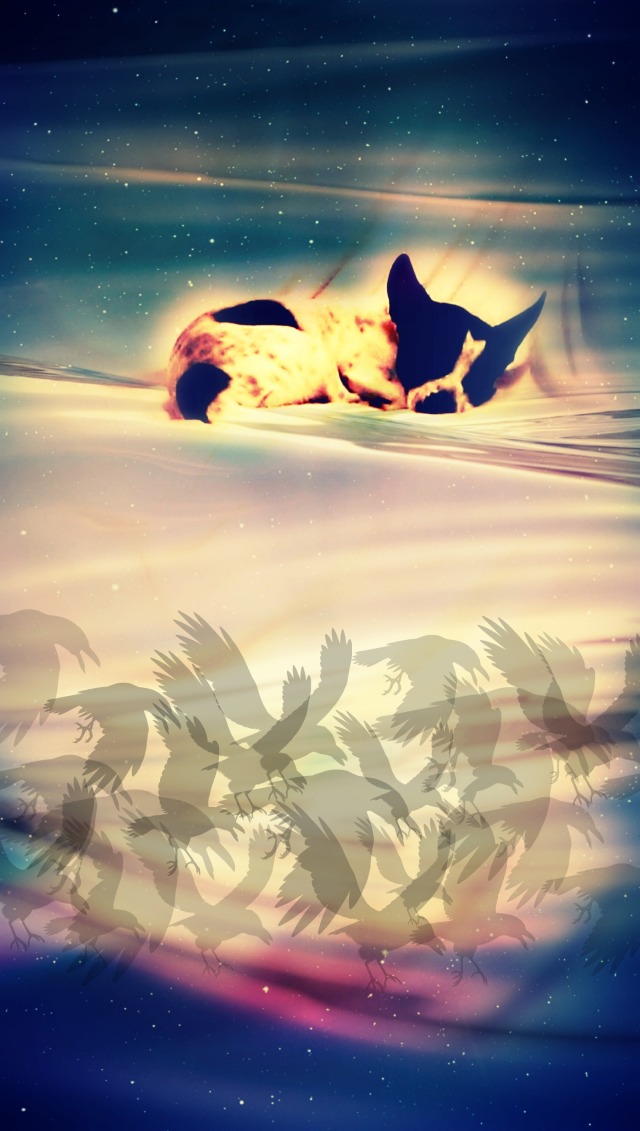 When I was little, my dad used to nod at an abandoned shack tucked back in a wooded area along our two-mile long, winding road and say, “A witch lives there.”

My dad liked convincing me of fantastical things–a witch lived in the shack, Indians lived on the other side of the lake, Santa’s elves flew hot air balloons, our car could fly, he was 1,400 years old. Some stories I didn’t believe and sometimes I’d catch myself wondering–what if this time he’s right? He was very convincing even about the most ridiculous tales.

And I wanted to believe him.

Just like I wanted to believe the fairytales he read to me, stories of white cats that talked, girls as small as your thumb, and boys that found magic lamps. When I moved on to reading stories for myself, I read about hidden kingdoms and unicorns, wardrobes and swiftly tilting planets. I knew the stories weren’t true, but sometimes I’d wonder–what if just one of these things is possible? When I told my dad, “If I get taken to Oz, I’m not coming back,” he didn’t argue. “Tell the Scarecrow I said hi,” he replied. And when the hurricane struck, I packed a few things, just in case.

In my teen years, I adopted a unicorn, got a Ouija board, memorized sun signs, and learned to read the Tarot. I read books on interpreting dreams, deciphering handwriting, and understanding numerology. Most of what I read was nonsense, but it meant a lot to me.

Maybe if my father had never pointed out the witch’s house, I’d have never fallen for all the promises of magic in the world. Maybe. But my mother wrote poems about Middle Earth and gave me my first Tarot deck. Possibly I was doomed to wander the labyrinth of the imagination.

I believe in a lot less woo these days, but I still believe in stories. There’s a reason civilizations throughout history have told them. Stories of gods and magic have helped people understand the overwhelming world as best they could. At the same time, you can’t get lost in fantasy at the expense of real action and hard truths. For me fantasy isn’t an escape. It’s a tool.

As an author and artist, it’s a tool I hope to use well.

2 thoughts on “Magic in My Childhood: Part two of a series on nonsense and other such things in my brain.”