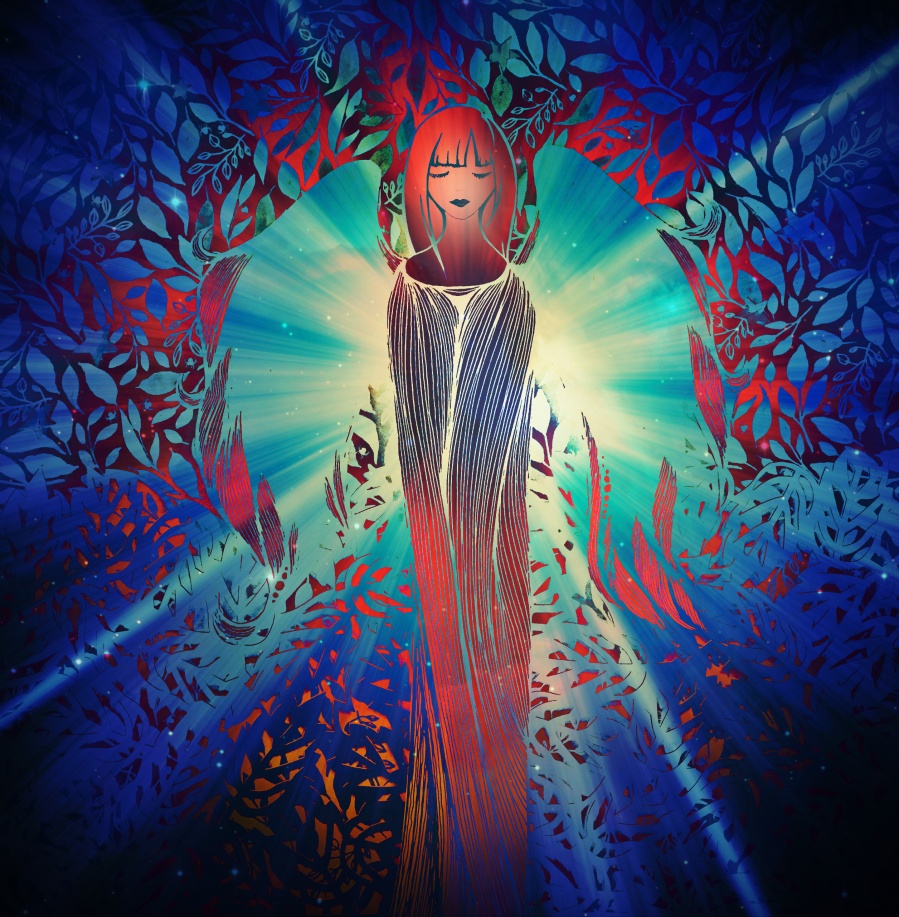 This may seem as if it isn’t backstory for the current work-in-progress, but it is. If you’ve been reading a long, you’ve seen snippets from a holy book in my alternative universe. But as there is more than one belief system, other stories need to be told. So, here is today’s effort.

There were the first atoms, the first cells, and the first creatures to climb out of the sea, but this is not their story. Today we travel back to once upon a time and the first teller of stories, the one who gathered words and wove them into images that illuminated in ways not even the sun could dream of.

One of the old ones asked, “Why do you tell us this? I know I have a heart.”
The others nodded at the storyteller, who was not, to be sure, a storyteller just yet. There had never been a storyteller before and no one knew such a word could exist. Remember children, the first rarely knows the words we bestow upon them. Imagine being so new no name exists for you to claim? It is you and the new way of being you bring into the world.

So it was with the first storyteller who looked over the souls all around and saw what no one else had seen but which had always been. “I’m not telling you that you have a heart. I’m telling you that a heart is in each of us, and that is an entirely different thing.”

They thought perhaps the storyteller was saying things they couldn’t understand but they sat around and listened. Such is the good fortune in the telling of the tale—each of those other souls prepared to listen, and it could have worked out so differently children if they’d walked away, continued on to their hunts or their eating or whatever they did to pass their lives before the first story. We might be there still in that cold, dark cave, never knowing a story could’ve been born.

The other souls leaned in to listen, waiting to learn the fate of the hunters and the beasts. When the storyteller finished the tale of the broken bone and the cut open carcass, the other souls gasped and looked for the meat among them, startled to see there was nothing but dirt and rocks. None of it had been real! But oh, children, they were so sure of it, and the storyteller discovered the power of words.

It is further good fortune, children, that those other souls weren’t enraged but instead beguiled, demanding not the dead animal but the next story. The first storyteller sat more comfortably among the crowd and told the next story, and the next, and the next, until the other souls slept at the storytellers feet.
Stories were let loose in the world that night, and they have since run to every star. They reside within us, children, and we must set them free.