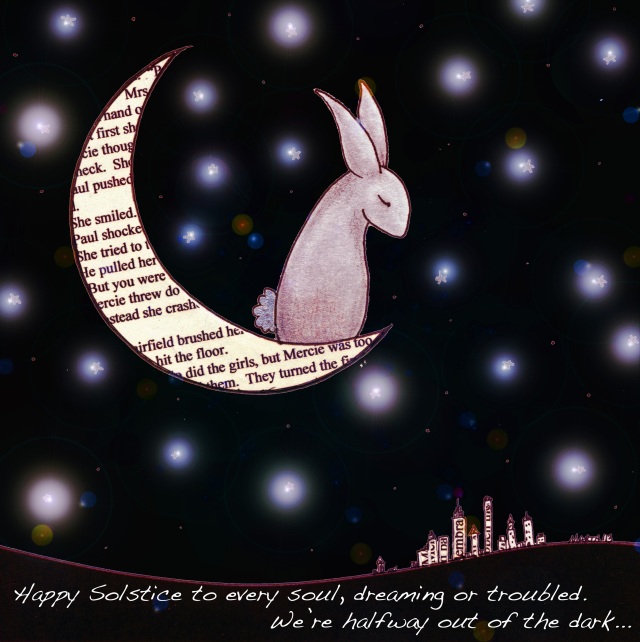 The year is approaching its close.

January 1, 2013 I met with a surgeon. I didn’t have a cancer diagnosis yet. In fact, the surgeon said that with my case history and profile, I had less than an 8% chance of having anything cancerous.

Five surgeries and months of chemo later, I am not officially cancer free! Or as the doctor says, “No Evidence of Disease.”

I remember joking that day, that first day of 2013, how my stepmother always says whatever you’re doing on the first day of the year, you will do all year long. She makes a point of not washing dishes or doing laundry. I joked that I shouldn’t be going to a doctor on New Year’s Day.

Guess not. I won’t make that mistake again.

One thought on “The Solstice”