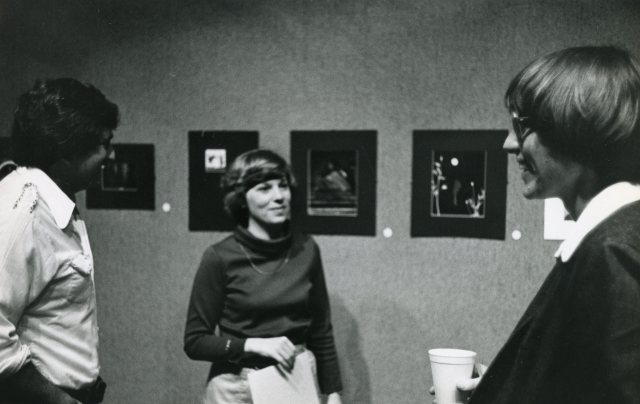 I do my best to avoid the Could-Have-Been Monster. Who isn’t familiar with it? Who sitting alone late a night staring at a screen of one kind or another hasn’t felt it lurking in the shadows reaching for a hunched over shoulder?

It is a patient monster, never really giving up, always there waiting for that unguarded moment.

Some of us feed the monster, of course. Like fools who feed an alligator because it’s entraining for a while. Then the alligator grows and feels comfortable expecting something.

The Could-Have-Been Monster got ahold of me today. It’s why I’m here. Writing about the monster makes it recede. That’s my trick, anyway. Perhaps you need something else.

But today when I was posting images onto a site I recently discovered for selling art. And I thought of my mother, who has been on my mind a great the last few days. She wanted to be an artist. She had a show way back when. When she died, she was working on a commissioned installation at a restaurant in Tampa. I never found out what happened to that. She died suddenly, and who knows what the restaurant owners did with the incomplete plan. I never heard from them. I didn’t even know who they were. I could remember only bits and pieces of what my mom had told me about the restaurant and her plans. She hoped the commission would lead to more. She wanted to be an artist. She hoped to sell her work.

If she were alive now, she’d see all these sites–Etsy and so many others. She was fascinated by computers and how the world was changing. I don’t think she’d be an old woman afraid to use technology. I think she’d try to figure things out. She’d sell her art.

She could have if she’d lived long enough.

But it does no good to feed that monster. It sucks the energy and soul right out of you, and it is always hungry.

Well, here’s what is.

I’m doing what I can. I’m writing and making art. The monster doesn’t hold me for very long.

2 thoughts on “The Dreaded Could-Have-Been”