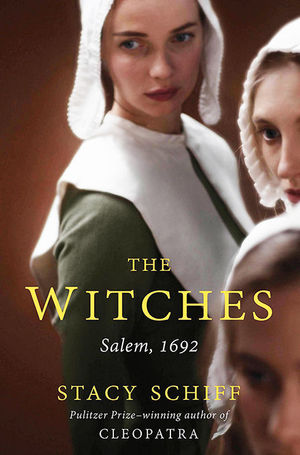 I read Stacy Schiff’s The Witches, Salem, 1692. Witches have fascinated me since childhood. In school, I was the girl intrigued by magic lore and fairy tales. I owned a Ouija Board and Tarot deck. (Still have the cards, in fact.) I wanted witches to be real.

In 2014, I spent a few days in Salem. It’s a charming town, and it makes the most of the regions dark history. One thing Schiff does beautifully is convey life in 1692, the blackness of the nights, the closeness of the rooms, the hardness of the lives. The Puritans weren’t exactly all that I expected. They drank more than I realized. They often refused to pay their ministers. They lived in a violent time. 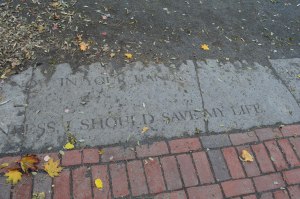 We all would have believed in witchcraft if we’d lived in the era.

Explaining why the witch trials gripped Salem the way they did is impossible. Definitively explaining, I mean. We can guess. We can read and study, but reasons for the madness remains elusive. The answer isn’t simple at the very least.

Could it happen again? Ha! Right? See the Holocaust and various purges and the ongoing spewing of hate and ignorance. Sometimes reading The Witches I felt as if we hadn’t come that far. We have glasses to improve our vision and lights to dispel the darkness around our homes, but we still can be as blind as the Puritans ever were.

I once spoke to someone whose father was a policeman in another country. This person said, “An innocent person will not say he is guilty, even under torture.” What?! Several other individuals nearby stared at him in shock. I wish I could have given him this book to read. You see how innocent people confessed to what the court wanted them to. You see how easily people justify self-interest to ruin lives. Too many people did terrible things believing they were doing good.

Plenty of other stories in history show us the same thing, but we seem to need constant reminding.

2 thoughts on “Witches Flying By”