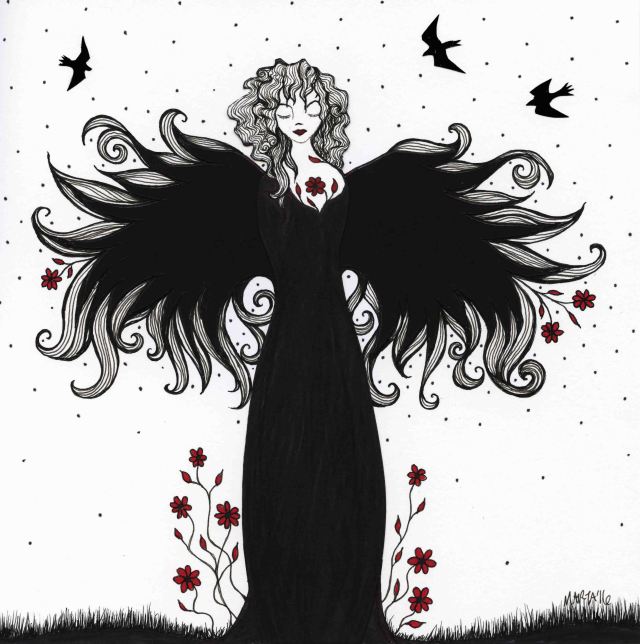 To state the obvious, I haven’t posted here in a good long time. I could say I’ve been busy. But we’re all busy.

I think I’ve developed a bit of a phobia about blogging. You can’t have missed the vitriol spewed over the Internet. Just take a look at the Facebook fan page for the new Ghostbusters movie. It’s breathtaking the hate splattered over a movie. Just, you know, your standard Hollywood film. Some people comment how much they enjoyed the film, and strangers come along and insult them for liking something. It’s hard not to wonder if they shout at people in ice cream parlors about their choice of ice cream flavor.

Perhaps it is easier to fling vitriol than to make something brilliant or even moderately nice.

But it’s that time when we make resolutions, however ill-fated. 2016 has been a hell of a year, hasn’t it?

In the latter half of the year, I began drawing angels. I’m not a believer in angels. Not really. Or any angels I’d believe in would have to be complicated. But I call the series “Our Better Angels” in hopes perhaps we will appeal to them and they will head our call.