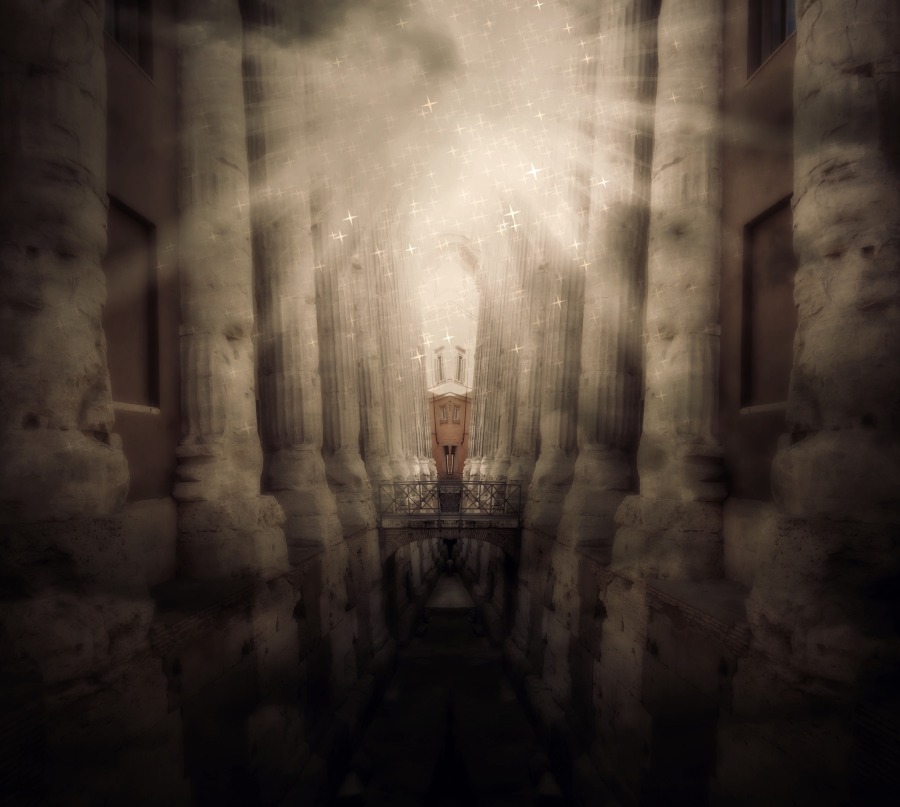 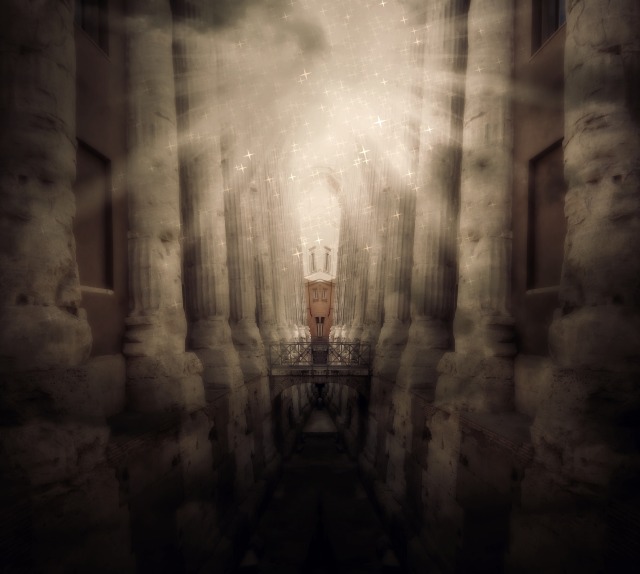 It must be a kind of madness to think I can do this challenge twice in one year. Nonetheless…

Today I’m working on more backstory. I decided to write about the night the parents of one of my main characters met.

Kiminoki arrived late to the ball, and it wasn’t until she stood in the bright light of the entryway that she realized tiny drops of blood spotted one of her satin sleeves. A quick glance to the side of the door was rewarded. An overflow of flowers decorated the a doorframe as was to be expected for such an event, and without bothering to check if anyone had their eye on her, she broke off a handful of lavender night blossoms, pulled a ribbon from her hair, and in a minute had an off-kilter wrist corsage. The color didn’t match her dress’s satin green, and her hair was now sliding from its remaining ribbon, but the blood was completely hidden. She checked her hands. Clean and fine as ever. She was ready to dance.

Abeo Osun shook hands with everyone he encountered. He smiled and nodded at whatever each person said. Campaigning was harder than he expected. Not that he minded. At this point he valued anything that kept him moving and talking. And more often than not he saw the warmth people felt for him in their eyes. Even his opponents smiled genuine smiles when they shook his hand. Though their eyes clouded over as they understood they were no doubt going to lose the election.

The lights far above in the vaulted ceilings sparkled like stars. The music reached every corner of the vast ballroom, fitting in with the hum of conversations and bursts of laughter. As was the case every year, the Stardust Ball was a success and Kiminoki fit right in. Within the first hour she’d danced with five gentlemen and three women. A couple of partners she was unsure about, but they’d danced to rhythm and spun her around to her heart’s content, and she’d agreed to more turns on the dance floor later in the night. She had little interest in the town’s politicians. Had she ever seen a political dance? Had she ever have one understand her favorite topics of conversation? Had she ever known one to see blood and not first worry it was their own?

But everyone was talking about the new fellow in town and how he was sure to be mayor before the month was out. And probably governor not long after that.
Kiminoki yawned at this news until she overheard someone at the champagne fountain that he had once been an astrophysicist and had traveled to a dozen planets. “He gave up the stars for politics?” she asked, cutting into the conversation. Dancing had taken its toll on her hastily made corsage and she took a few minutes to adjust it. She determined to spill some red comet wine on herself soon, but she wasn’t quite ready to walk away from the champagne.

“Not by choice,” said one of the couple.

“Put lives at risk, so they say,” said the other.

“But saved lives too. A hero on Venus.”

Kiminoki filled her glass again and strained to see through the crowd. She didn’t need to ask why being dropped on their planet in their small town was a punishment. Magnificent balls aside, most lives were disposable there. A petal from her corsage drifted to the floor. It wouldn’t hurt to meet the next mayor, she told herself. She might need him in her corner one day.

Abeo sipped his water. It may have been a ball, but he wasn’t fool enough to get drunk in front of people who voted. He watched the crowd, determined not to let his mind wander to where he could’ve been if he’d less daring. He was going to learn to play by the rules and let others have adventures. Surely, leading this particular town and its odd inhabitants and its strange myths would prove rewarding in its own way.

A bit of green caught his eye. It was the green of an Europan ocean. But no, he wasn’t going to allow himself to remember those deep waters where moon whales hibernated and starfish fell into the sky. He couldn’t stop watching the satiny green, however. It was dress moving through the crowd and the woman wearing it was making her way to him.

“I hope that won’t stop you from dancing with me,” he said.

“Are candidates allowed to dance?” Kiminoki asked. “Don’t your minders say it’s dangerous? Assassination attempts and all that.”

He handed his water to the man standing next to him. A minder, Kiminoki supposed.

“Do you plan to assassinate me?” he asked, holding out his hand to take hers.
She rested her hand in his. “Of course not. I’m wearing my best dress.” She smiled. He was better looking than she expected, and she liked him in spite of herself.

“I don’t think that means I’m safe,” he said. They moved together through the crowd, which parted for them easily. Whispers floated around, but neither thought the whispers were about the other. They were both wrong.

“I said I won’t assassinate you. I didn’t say you were safe.”

He laughed. “Why haven’t I seen you before tonight? Where have you been?”

Kiminoki placed a hand up on his shoulder. The next song began, and as they took their first few steps together, more lavender petals fell from her corsage. They were lost among the dancers and shredded underfoot. “I’ve been busy,” she said. “Just very busy.”

One thought on “Day Four!”