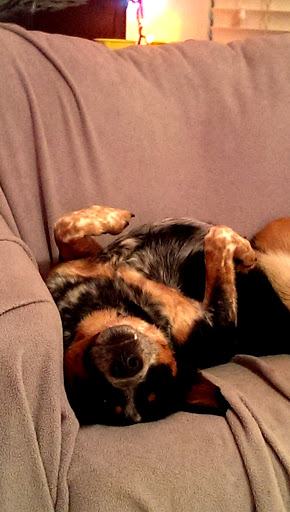 I need a lot of naps. I love naps. Life is better with a nap.

I’ve been writing for Story-a-Day May. I’m posting what I’ve written on my other blog, The Fairy Tale Asylum. And every time I go to take a nap or even just to go to bed, I think, I should be writing. WRITE ALL THE TIME AND NEVER STOP!

I wish it wasn’t so hard to figure out the next sentence. Why can’t the words just flow all wonderful and perfect the first time? Or even the second time? Why must I dither about everything and still end up with a mess?

These questions are silly.

I’m slightly annoyed I won’t ever get to read it. I’m also taken with how romantic a notion it is. Part of me wanted to be snarky about it, “Ahoy, Margaret! You think that’s cool? I’ve written stories no one will ever read! So there!” But really, I think it is cool. Imagine a forest grown just to print your stories. Well, other authors are involved. It’s not solely Margaret Atwood’s Wood.

Some people like to leave one story by a favorite author unread. I had a friend who did that with Charles Dickens. She’s read everything by Dickens except A Tale of Two Cites. (At least, I think it was that one. My memory is filled with fuzz sometimes.) But whatever the story, she didn’t want to live in world where she didn’t have one Dickens story waiting to be read.

Do you do that? If so, for what author?

I can’t do this. I’m too afraid I’ll die without having read everything. I’m like this about most things. Please, don’t let me die before the next season of Sherlock or before watching the BBC’s Jonathan Strange & Mr. Norrell.

Also, I have tickets to see Neil deGrasse Tyson. I can’t die before that.

I’m not sick (cancer-free now, people!), but that doesn’t matter.

Why do I love early voting? Because if I die before election day, at least my vote will still count.

Oh well. Thank you for reading me.