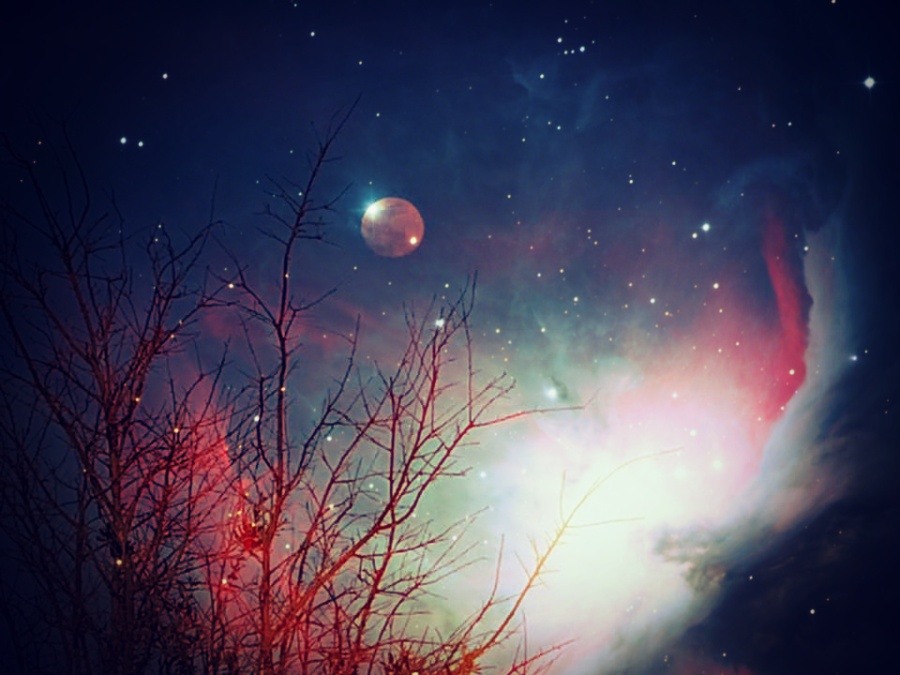 I’ve been thinking about magic.

I love magic in novels and in movies.

Recently, I read The Starless Sea. Holy moly, if magic were light, this book would be seen in the dark from miles away. The magic Morgenstern has spun into being is amazing. If you only like magic that is explained, this is not the book for you, but I don’t happen to be that kind of reader.

Morgernstern has also worked on her own deck of tarot cards. I’ve been trying my own but have not been liking the results. Nonetheless, the magic I’ve been thinking about is not about cards.

Last weekend I had my haircut, letting eight inches of hair be cut away. It’s now reminiscent of a 1920s bob. In any case, a coworker asked me, “Can you do witchcraft with short hair?” There are, after all, plenty of stories about the magic or power of hair. I laughed and said, “Dude, you can do witchcraft bald!”

How many things in the ordinary world do we ascribe magic to? Hair, eyes, palms, jewelry, stones, tea leaves, and sage to name a few. What objects are magical to you?

I’ve been listening to this terrific Unobscured series on the history of Spiritualism. Wow, y’all. There’s so much I didn’t know and it includes Spiritualism, Lincoln, Sojourner Truth, Fredrick Douglas, and lots of others. Unobscured with Aaron Mahnke also has an excellent dive into the Salem witch trials. Both of these series deal with real people who believed in magic of one kind or another.

The other afternoon I attended a Death Cafe. While the subject isn’t magic, discussions about death tend to lead to discussions of the afterlife (at the event I attended, a woman asked about what we thought happens next), and some things regarding the afterlife (if there is one) do venture into the realm of magic. People may argue with the word, but all this lead me to contemplate–what is magic?

That is, what is magic to me?

First, magic is words. In the beginning, there was the word. Yes? When humans created words, they then made stories. That’s magic to me. Humans sitting around the fire creating words to tell stories. One person can say to another, “Under a low, gray hill lives a fox.” Presto! The listener is thinking of a fox. Maybe they’re even imagining the red fur against the gray. As far as we know, we’re the only creatures on planet Earth who tell stories. We can make up things that don’t exist. “On a low, gray hill a unicorn whispers secrets to a bee in a red coat.”

Witches and magicians almost always need words, from alohomora to abracabra, Double, double toil and trouble; Fire burn, and cauldron bubble, to the trouble if someone speaks your true name.

Written words can speak after the writer is dead. They reach across space and time and can move someone to tears or action. How is that not a spell?

Magic is art. We can create an image (using any of a multitude of mediums) and reach other people in other places, other times. The spell is immediate.

Magic is paying attention to the moon. It’s just a hunk of rock orbiting the planet, but while it’s cold and dry, it’s also beautiful, reflecting light, appearing to change in size, pulling at the tides, and inspiring poetry and romance. I love our moon. My family and I have run down the street to get a better view of it rising over our neighborhood. More people should look up and see the magic that is our sky.

Magic is cutting an apple crosswise to see the star in its center. My grandmother used to do that, and that’s how I take a moment to remember her. Two or three times a week I slice an apple for our lunches, and it’s magic to take a moment to reflect on my grandmother and her life. Unlike the Spiritualists, I’m not convinced we can talk to the dead, but we can commune with our memories and that’s magic to me.

Magic is wonder. Science makes and explains ways to communicate instantly around the world, but wonder at our ingenuity and determination is magic.

Magic is finding a way to be more present in the world, to connect to those beyond your doorway, to know you love your dog and she loves you. Magic is being aware of your impact on the world and caring about it.

There are other words you can use to describe many of these things, and most of the time I use these other words too, but nonetheless…there’s always magic.

What is magic to you?