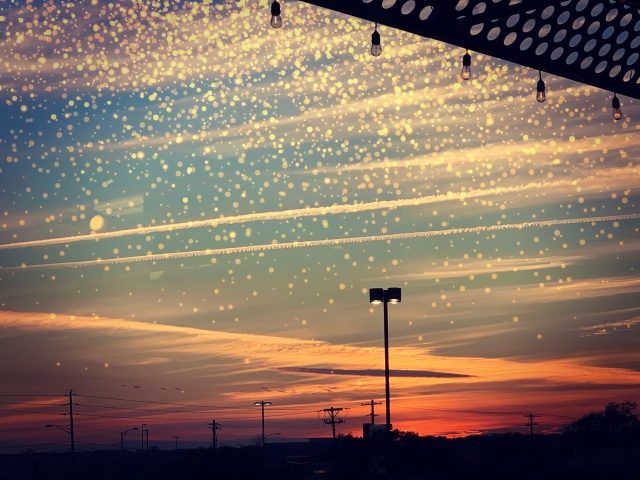 A couple of weeks ago at a Death Cafe, people talked about whether they were afraid of death and what it meant to live without that fear. I’ve been thinking about things people said. Keep in mind it’s a room full of strangers trying to voice thoughtful perspectives on big questions in a short amount of time. If we’d all been friends and had a long evening around a fire to discuss out thoughts and fears, who knows what would’ve been shared, but the main thing that struck me about the answers were that they often implied (quite incidentally, I think), consistency.

A common story was that people were one way, something happened, and now they’re another way. Things absolutely happen to us that change us for better and for worse. I think things can change us in ways we aren’t even aware of.

One story is a variation on the I-almost-died-and-now-I’m-not-afraid-of-death story. Stories like this make me consider my own encounters with the world beyond the veil, those glimpses over the edge, not at all sure that I wasn’t about to tumble over.

Did they make me a less frightened person?

One night I will go after a cockroach with a I’ve-had-cancer-don’t-mess-with-me bravado. Take that, bleepity-bleeper!
Another time I’ll scream and run to the other side of the room.
Sometimes I can strike up a conversation with a stranger.
Other times I’ll leave a store rather than ask where something is.

During the Death Cafe conversation, a few people sounded quite confident in their answers. Hats off to them! Some things about us never change. I’ve loved writing and art my entire life. Why would that change?

Though I read a story about a woman who never cared about writing until she started a new medication prescribe by her doctor. Suddenly she wrote all the time, filling pages and pages from edge to edge with writing. The doctor changed her medication and she stopped. And the man who was pleasant and funny until a brain injury. Afterwards he became violent and unpredictable.

But in other ways, I don’t believe people change. Louts and abusers seem to always be louts and abusers. Perhaps thinking people can change factored into the way the Catholic church and the Boy Scouts moved predators around (obviously issues of power, fear, and denial were major forces at work too), but people can fool/excuse themselves with “next time things will be different.” And they never are.

People can get angry if you suggest they might change their minds in the future. “I’ll never change my mind about this!” Well, I’ve never changed my mind about having only one kid. I have changed my mind about reconstructive surgery post cancer.
People can be dismissive of what other people say about themselves. “Oh, it’s just a phase. You’ll grow out of it.” Sure, maybe. But phases are valid. We can’t get to where we’re meant to be without going through them. Why do phases get so little respect?

But I often wish I could skip the insecure-uncertain-writer phase and jump straight to the I-have-this-figured-out phase. (Is that a phase?)

One day I can send out stories and share my writing. “It’s fine if others don’t like it!”
Another day I can barely look at my writing without thinking about the delete button. “No one is going to want to read this.”

2 thoughts on “Not a Fixed Point in Time and Space”