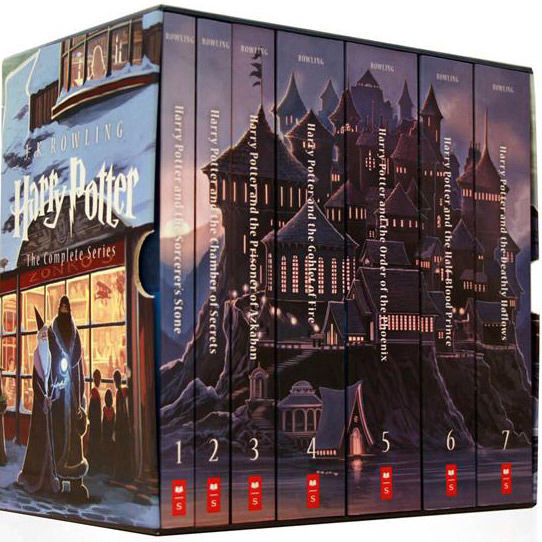 The story is nothing like Harry Potter. Well, okay, the main character is 11 at the start and magic happens, but that’s it. My story isn’t for that age group. I don’t write like J.K. Rowling.

But I love the Harry Potter series. Rowling’s ability to work out such a plot, to put together seven books, to keep track of all she had in her imagination astounds. So, I’m rereading the books. This time though, I’m taking notes. I hope to learn something. How does one keep so much story together? How does one lay down all the pieces to keep the reader on the path, compelled to keep going?

In theory, if you can keep track of a story one book long, you should be able to do so for as many books as you wish. Right? Okay, maybe not. Just because I can run down the driveway, doesn’t mean I can run a marathon. Not yet anyway. With training?

I don’t know. I actually can’t run down the driveway. My back is a mess. But whatever.

I’m going to turn my novel into a series. Though “series” might be the wrong word. Like Harry Potter, or, say, Lord of the Rings, it’s really one long story broken into parts. Who knows? My publisher might want to publish a giant book! But I like the idea of a book in parts. I don’t know why I like this idea, but I do.

Do you like series? I’ve mentioned fantasy series, but other series exists. Do you have a favorite? (If you’ve tried to write one, I’d love your words of wisdom.)

Will this work? No idea.